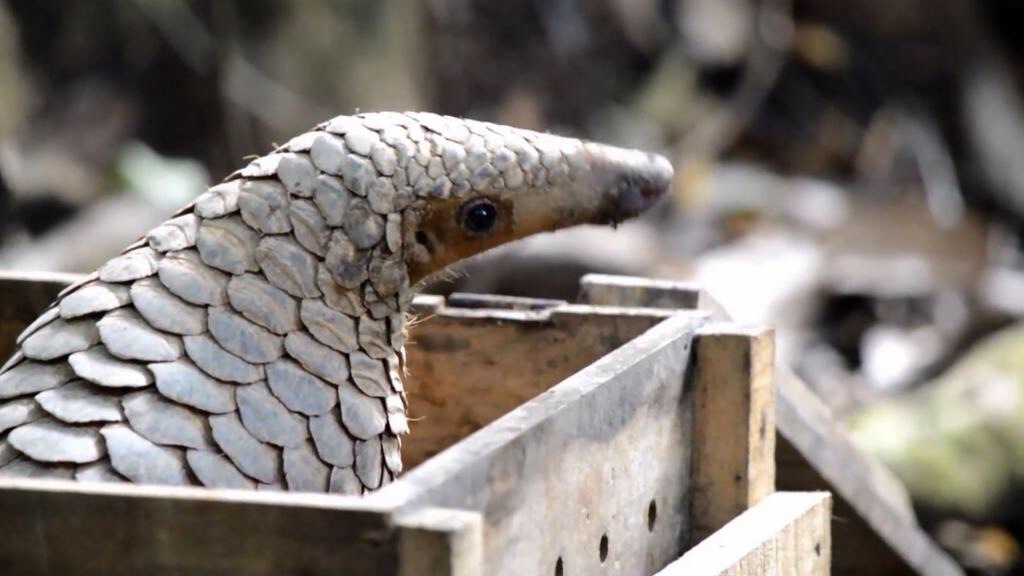 In its own highly individual way the pangolin, or scaly anteater, is a rather beautiful creature. It is also the most illegally traded mammal on the planet. So much so that several of its eight varieties are in imminent danger of being hunted to extinction while all of them are endangered to some degree or another. There are two main reasons for this. Firstly its flesh is considered a delicacy (with pangolin foetus soup being highly favoured in East Asia) and with globalisation and the opening up of Chinese and Vietnamese markets it has become easy to transport pangolin meat into the region. Secondly pangolin scales, which are composed of the same material as human fingernails, are (wrongly) believed to be a male aphrodisiac in Chinese medicine.

There is something profoundly symbolic in part of our ecosystem facing destruction in a doomed attempt to heighten male sexual potency and performance. Yet being in heat like a rutting pig is not the highest of all possible human achievements (not even for a man.) It is only, surely, when we exercise those faculties which humans possess to a unique degree that we can realise ourselves fully as humans qua humans.

The most obvious of these faculties is perhaps the ability to use Reason. Yet even here if we simply exercise it for the purposes of exploiting the creatures and objects we find on the planet for our material needs then we are different only in degree not in kind from beavers who build dams or birds who construct nests. That is, as humans we possess the ability to use memory, to think about the future, to conceive abstract notions, to tell stories and so on and in exercising these talents we begin to realise ourselves for ourselves in a more profound way than we do by treating our surroundings as a use object for our sensual desires and material needs.

I would argue that we possess another unique faculty which although allied to reason is superior to it. This is disinterested love. We can cherish creatures and objects which are of no possible use to us, which often we will never even physically see during the course of our lifetimes, simply because they exist. By which I mean that, for example, we can love that pangolins live their lives and do their things wholly independent from us and indifferent to us. They just are and knowing that they just are is or can be a source of happiness to us because we possess this faculty of disinterested love. Reason can inform us that pangolins are neither harmful nor helpful to us but the decision to eliminate them so that we can exploit the space they occupy for our selfish sensual desires or to leave them be and do without some stuff we don’t really need is a product of our capacity for disinterested love.

In Plato’s Republic Socrates argues that humans can only achieve true happiness through the consistent exercise of virtue. In this era when virtue is rarely invoked in the public square it might be more useful to argue that happiness is the product of humans exercising their unique faculties to a superlative degree and that the foremost of these faculties is the capacity for disinterested love (which, of course amounts to saying the same thing.) That being so we cannot be fully happy so long as lower faculties such as gluttony or the desire to behave like a wild rutting boar are dominant and the higher faculties consequently suppressed or overridden. Our happiness, then, is crucially dependent upon us exerting ourselves to ensure the survival of the pangolin simply because it is a pangolin. If we do not do so it is because we have allowed our higher faculties to be swamped by our lower ones and we shall pay the price for that in the unhappiness we shall suffer through stunting the expression of the best of what within us lies.

This site uses Akismet to reduce spam. Learn how your comment data is processed.