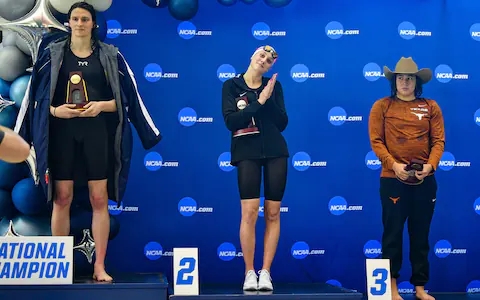 The seventh century Christian monk and theologian St Maximos was one of those who carried on the philosophy of Plato into the post-Classical world. What he postulates here is the theory that using Reason and sustained thought through a process of analogy we can arrive at a conception of what absolute knowledge, absolute truth, absolute beauty truly is like. When we directly encounter those absolutes, though, our cognitive process is suspended because we know directly and immediately what we only previously surmised indirectly through discursive reasoning. He summarises it further this way-
Knowledge, that is to say, is of two kinds. The first resides in the intelligence and its divine intellections, and does not include, in terms of actual vision, a perception of what is known. The second consists solely in the actual enjoyment of divine realities through direct vision, without the help of the intelligence and its intellections. But the intelligence is capable of giving us an intimation of what can be known through true knowledge and so of arousing in us a longing for such knowledge.
(4th Century: 30)

The same principle applies to less exalted things too he argues “What we have said is confirmed by the fact that, in general, our experience of a thing puts a stop to our thinking about it, and our direct perception of it supersedes our intellection of it” (4th Century 31) The twentieth century philosopher Simone Weil noted as a general principle “the highest resembles the lowest.” That is, very often the externally observed acts of those aiming to come closest to the absolute perfections bear a resemblance to those who are at the furthest, most degraded, point away from those perfections. For example, courage resembles recklessness, prudence resemble stinginess, perseverance resembles stubbornness. From outside we consider the thing being done but not the reason why this person is doing this thing in this way at this time. And unless we know both things we cannot form a valid judgement about what we are witnessing.

Which brings me to ‘lived experience.’ There is an argument that directly experienced truth possesses greater validity than the kind of truths that academics (often male, often white, often heterosexual, frequently dead) propound on the basis of abstract thought from within the Western Classical tradition (that pesky Plato again.) This, of course, sound a great deal like the proposition that St Maximos has given us, but, I would contend, that it does so from a degraded form of the proposition not its elevated one.

With regard to the platonic absolutes direct experience is what we arrive at as a point beyond the furthest reaches of what the mind alone can attain on the basis of the most concentrated, most informed thought. Even with regard to more mundane realities direct experience does not contradict what Reason has proposed, it completes it. The ‘lived experience’ argument as it is frequently deployed in the early twenty-first century West, however, does not start at the point where Reason ends, rather it starts at a point before Reason has commenced. The assertion is that a reality is experienced within a person’s psyche. This reality is not dependent on mere physical facts, like those of biology, and it is, moreover, innate (although it can also change over time.) This reality because it is directly experienced must be more true than any countervailing reality which is advocated by someone not having that experience but only relying on abstract thought, theory and generalisations from data.

Hierarchy and the Classical Western Tradition are out of favour in this era. Nonetheless it seems at least possible that the hypothesis is true which asserts that in general humans, individually and collectively, do better when feelings are subject to thought than they do when thought is subject to feelings. Or, to restate the things in the non-Western, non-white, non-colonialist terms of Buddhism, say, the Self can only attain liberation when it frees itself from the chains imposed by desire. Or, as Krishna puts it in the Gita “Be a warrior and kill desire, the powerful enemy of the soul” (Bhagavad Gita 3:43.)

It is true that we can be excessively dependent on a narrow, academic concept of discursive thought which seeks to understand the world from some sort of disembodied ‘objective’ standpoint as if human realities were no in part perceived through human bodies. In that sense it can sometimes be said that “the highest resembles the lowest” in the world of thought as it does in all other worlds. The kind of thinking which triggered the counterreaction we are now living through acted as though humans were, or should aspire to be, thinking machines and that anything outside of that way of being-in-the-world was flawed and to be despised. It seems to me, however, that the completion of the human person requires not a going back from this position to something lower but a going forward from it to something higher.

Both the rationalism which is being superseded and the irrationalism which is superseding it have a distaste for metaphysics. This distaste, ironically enough, is one of the few things that we can definitively ascribe to dead white men from the West because it arose in the specific context of Enlightenment Europe and has no obvious analogues elsewhere in the world or in non-European history (so far as I am aware and I may be wrong about that.) Yet actually I think that St Maximos and Plato and many others were perfectly correct. There is an Absolute, humans restlessly aspire towards it, and when their feelings and desires are kept in harmony by the Mind and the whole Mind/Body complex is pointed towards that Absolute then they can, in moments of transcendence realise it in a way that exceeds the capacity of either mind or body to understand and express. Where that is the object of our journey through life then we are more likely to flourish than when we pursue a path of pitting ‘lived experience’ against Reason.

My other blog is thoughtfully catholic.

The picture is credited to: Justin Casterline/Getty Images and show Lia Thomas, Emma Weyant and Erica Sullivan following a NCAA swimming event in 2022.

This site uses Akismet to reduce spam. Learn how your comment data is processed.